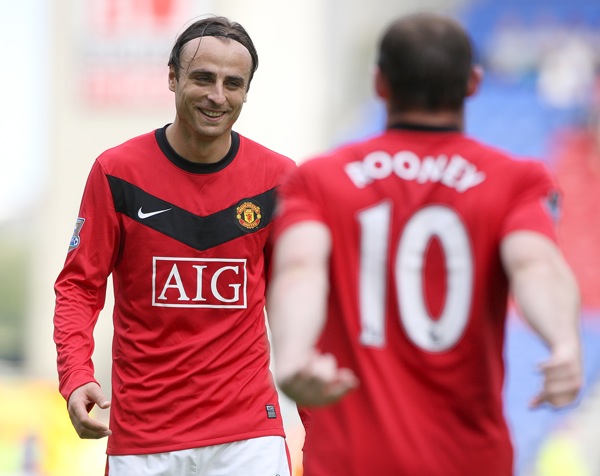 If you don’t mind me indulging in a spot of kneejerk-reaction action, then I have a rather predictable yet timely question for you: with Dimitar Berbatov playing so brilliantly, and not just against Liverpool (he’s been United’s best player this season), and Wayne Rooney blatantly out of sorts, in terms of his centre-forward play and also compared with last season’s feats (of course a below-par Rooney is still better than most players), are we witness to the moment when Berba assumes the role of Fergie’s No.1 striker? As a Spurs fan, I still love Berba and greatly miss his casual genius, and a part of me always wants him to do well.

Until very recently Rooney was United’s main man, their spearhead, the team’s talisman. But he’s lost his mojo, whereas Berba has regained his and then some. I prefer Berbatov as United’s lone striker because he is a classical target man, albeit one with extravagant gifts not usually found in a true No.9. And the Bulgarian’s very lack of flexibility – unlike Rooney, he couldn’t play as a left winger – can work to his advantage; it is the all-action Englishman who will tend to be moved around by his manager.

Okay, I know there’s no good answer here to what I admit is a flawed question; in the era of large squads, United don’t need to declare who their No.1 striker is, neither in public nor behind closed doors, but you know that Rooney’s ego must be fighting against his more selfless urges – Rooney is a tremendously generous team player but I wonder how he will react if Berba continues to threaten his alpha striker status? Based on his relationship with Ronaldo, I suspect he’ll cope – but Rooney has blossomed since Ronaldo’s departure for Madrid, and he’s no longer the sidekick: he’s the star turn.

Anyway, in the interests of trivial pub banter, your thoughts please (or even just a quick click in our poll below)…