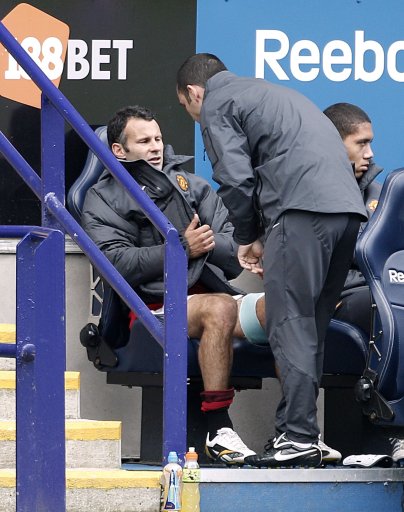 Manchester United veteran Ryan Giggs is facing yet another spell on the sidelines after aggravating the hamstring injury that he had originally sustained two weeks previous during the first-half of Saturday’s game with West Brom.

Giggs was returning to the first-team fold after spending the international break recovering from the tweak that forced him to limp out of United’s 2-2 draw with Bolton on September 26th, but was forcibly substituted five minutes before half time at Old Trafford

His manager Sir Alex Ferguson has not put a time frame on Giggs’ convalescence, but has spoken to MUTV about the impact that losing the Welsh midfielder will have;

“The loss of Ryan as a wide player was a big one for us. He has done his hamstring again. He got it against Bolton, but he had trained all week and had been doing very well. But, it has gone again and maybe we need to give him a longer recovery.”