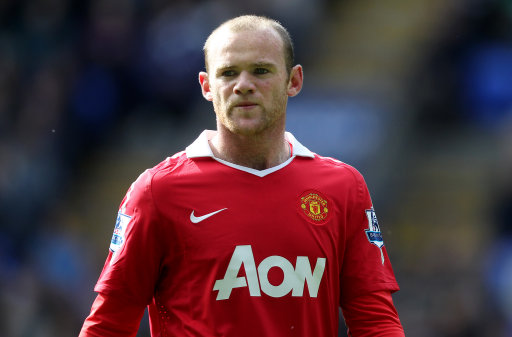 This morning’s tabloids (and a few of their broader-sheeted brethren) are rife with speculation over Chelsea’s standpoint on the Wayne Rooney debacle, with the general consensus being that the Manchester United heathen will either be transfer-listed, suspended or both after the club’s management convene to discuss matters later this morning.

The Daily Mail seem certain that Rooney will be exiled, with Chelsea waiting in the wings with a monster offer that has already been ‘rubber stamped’ by owner Roman Abramovich. The Mail reckon that the £20 million deal to take Rooney to Stamford Bridge will make him one of the world’s richest players, as the pay packet ‘would easily compete with Manchester City’s £250,000-a-week offer’.

Over at The Sun, the wages being mooted are a little more prosaic, with the rag insisting that Rooney is ‘open to the idea’ of joining Chelsea, although Abramovich will not be willing to go beyond £160,000-a-week to secure his services.

The Daily Mirror are running with quotes from Chelsea captain John Terry, inviting his England teammate to move to west London, whereas the Daily Express offer the notion that Rooney may be put off from joining the Blues by finding himself limited to earning a miserly £150,000-a-week (on a par with Terry and Frank Lampard) due to the club’s rigid pay structure.

One quick word on Rooney’s replacement at United. According to talkSPORT, Sir Alex Ferguson is lining up Ajax’s Uruguayan forward Luis Suarez (who also fills in as an auxiliary ‘keeper for his national team) as his £30 million successor at Old Trafford.