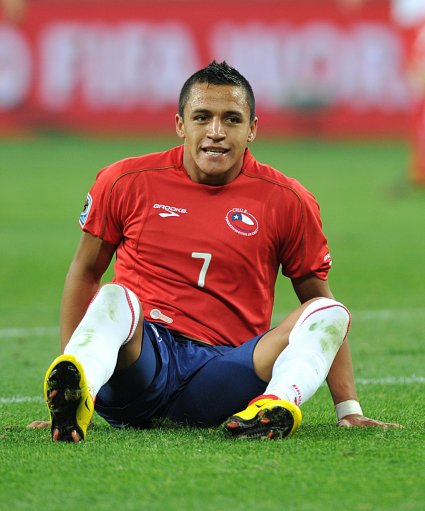 Manchester United are seemingly closer than ever to wrapping up a deal for Udinese winger Alexis Sanchez after both the player and his agent, Fernando Felicevich, admitted that they are aware of United’s interest and that, at some point in the near future, a move to the Premier League could be a distinct possibility.

“Manchester United has been following the performances of Alexis since some time ago and it could be a possibility in the future.

“The Premier League would be a good destination for Alexis as he is young, strong and very fast, something very important for being able to have success in that league.”

Sir Alex Ferguson is known to have been tracking the Chilean starlet for years, and originally missed out on his signature when he moved to the Stadio Friuli in 2006.

Now, still aged just 21-years-old, Sanchez admits that he is flattered by United’s ongoing pursuit of him, and that he would be prepared to listen to their offer:

“It’s nice to know Manchester United likes me. The future is in the hands of my agent. We listen to everyone.”

Now, Sanchez is a skilfully bullish winger who can dribble at pace until the cows come home, but do United really need another wideman?

With Nani blossoming into the self-professed ‘greatest player in the world’ and players like Obertan, Bebe and Valencia all steadily improving, shouldn’t Ferguson be concentrating on using his limited funds to bolster those p*ss-weak central midfield and right-back positions?