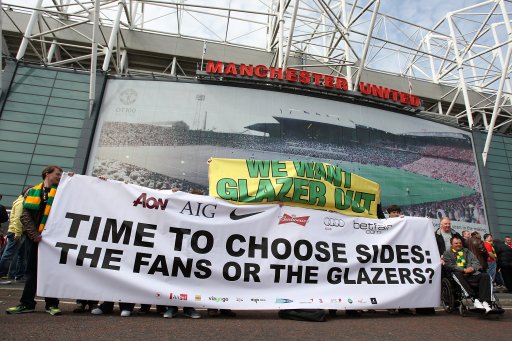 Manchester United’s controversial owners, the Glazer family, have confirmed that they are about to pay off £220 million of their payment-in-kind (PIK) debts without using money from the club’s coffers.

Co-chairman Joel Glazer has issued a ‘voluntary free-payment notice’ to the American family’s lenders confirming that their PIKs will be settled in full.

Under the terms of the £500 million bond which was underwritten by United, the Glazers would be entitled to take £70 million of the club’s revenue to go towards paying the PIK debt off – although sources are claiming that the family will be funding the payment entirely out of their own pockets.

Last month United posted losses of £83.6 million, £40 million of which was directly attributable to interest payments being made on the Glazer’s bond issue and on their PIK loans.

With the PIK’s fully settled, it would appear to vindicate Sir Alex Ferguson‘s ongoing insistence that he has a sizeable amount of money to spend on transfers, which seemed utterly ludicrous up until this morning considering the club’s monolithic outgoings.