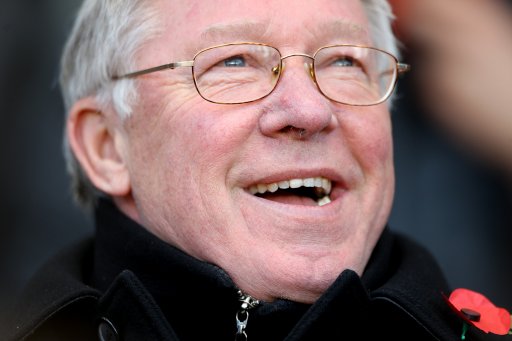 Manchester United manager Sir Alex Ferguson has dismissed retirement as a ‘young man’s game’ and vowed to only step down from the post he has held at Old Trafford since 1986 when his family deem it time to take the Luger from the dresser draw and drag ol’ Fergie behind the woodshed.

Speaking at the inaugural Aspire4Sport conference in Qatar yesterday, Ferguson (who turns 69 next month) said:

“Retirement is for young people, I’m too old to retire. I would have nothing to do. As long as my health is good I will carry on. My family will make this decision.”

The veteran Scot also spoke about the transition in management style he’s had to go through in order to deal with the increasingly ‘fragile’ egos of modern players:

“I’ve mellowed a great deal. The world has changed and so have players’ attitudes. I’m dealing with more fragile human beings than I used to be. They are cocooned by modern parents, agents, even their own image at times.

They need to be seen with their tattoos and earrings. It’s a different world for me so I have had to adapt.

There is nothing wrong with losing your temper if it’s for the right reasons. But I never leave it until the next day. I don’t believe in that.”

Ferguson was then pressed about Wayne Rooney‘s recent contract debacle, but the United boss appears to have forgiven his wayward striker for his strop, insisting that the public furore was merely the product of some ‘bad advice’:

“You don’t necessarily have to heed advice after listening to it. Some young people take bad advice. He has an agent who is not the most popular man in the world and he obviously sold it to Wayne to ask away. The boy rushed in.

“But the minute he heard the response of the public and our supporters, he changed his mind, he knew he’d made a mistake.

“There’s nothing wrong with that as long as you recognise it. He immediately apologised and agreed a new contract within a couple of hours.

“We want to get Wayne back to his best. He’s had a good week in the States and we’ve got him to the point where we want him to be in terms of accelerating his fitness.”

So it seems that no-one is going to be prising the United reigns from Fergie’s clammy grasp at any point in the foreseeable future, which is probably just as well being as the only manager with the cojones to take on such a weighty mantle is currently tied up at Real Madrid.

As an aside, is it just me or has Ferguson suddenly begun to talk much more openly to the gathered press?