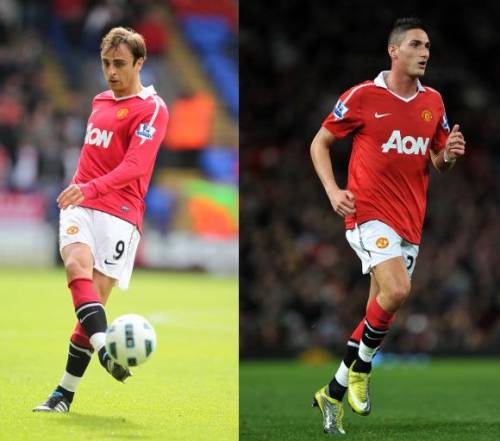 Reports in this morning’s tabloids are suggesting that Juventus are busy preparing January offers for not one but two of Manchester United’s current stable o’ strikers.

First up, the Mirror reckon Juve are putting together a £12 million bid with which they intend to test United’s resolve to hang on to Dimitar Berbatov, who seems to have regressed after a surprisingly dynamic start to the season.

Berbatov managed seven goals in his first six games, but currently finds himself in the midst of a nine-game fallow run and, as a result, failed to even make the bench for United’s win over Wigan on Saturday.

Secondly, after Brazilian-born forward Amauri buggered his knee up (apologies for the all the technical medical terminology) in training last week, Juve are seeking temporary cover and have targeted a loan move for United’s Guido Prince-in-residence Federico Macheda – with the club’s director Giuseppe Marotta rumoured to already be en route to Manchester for discussions over a potential move.