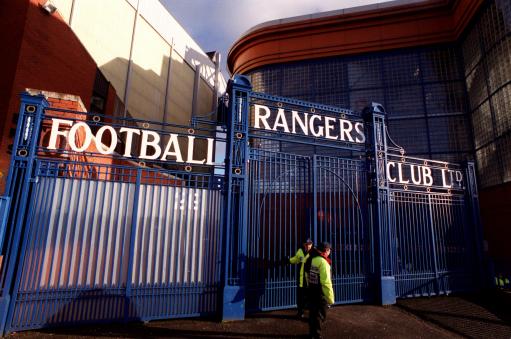 Glasgow Rangers have issued a warning to their fans that any sectarian chanting during tonight’s Champions League tie with Manchester United will subject the club to punishment from UEFA.

The Scottish club have a fairly poor recent record in terms of UEFA disciplinary action (due to crowd trouble during several Champions League games over the past few years), and have been forewarned by Platini and co. that any sectarian incitement of any kind will not be tolerated.

A statement posted on the club’s official site reads:

“The Light Blues have been informed by a number of sources that sectarian behaviour will put the club at serious risk of punishment from Uefa and other footballing authorities. This includes the singing of songs such as the ‘Billy Boys’ (a loyalist anthem) which is banned by UEFA.”

“The majority of our supporters agree that sectarian singing has no place at Rangers and, working together, the fans and the club have made great strides in recent years to address this behaviour.

“Unfortunately, there are still those who ignore the club and their fellow fans, with no regard for the consequences of their actions. It [puts] the club at serious risk of punishment and also puts supporters at risk of arrest.

“We condemn all forms of sectarian behaviour and we are united with our supporters groups in trying to eradicate it. Fans who engage in such behaviour only let themselves, other supporters and the club down.”

Whereas I can’t really begin to moralise (not being the foremost authority on sectarian relations in Glasgow), I’d wager that the chances of Rangers’ impassioned plea has of making even one iota of difference to the minority of fans that continue to bring their personal politics and vendettas on to the terraces with them are pretty slim at best.