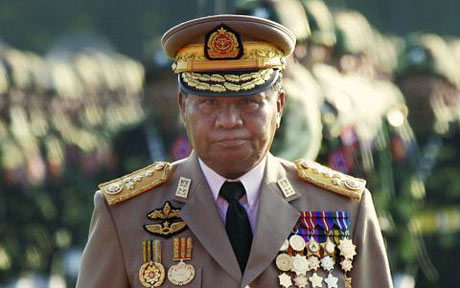 Incredibly, Manchester United were a target for a takeover by the leader of Burma’s military junta, according to one of the many secret documents leaked by Julian Assange’s notorious website WikiLeaks (currently offline).

A cable sent from the US embassy in Rangoon to Washington revealed that military commander-in-chief Than Shwe (pictured) was advised by his grandson before January 2009 to consider the possibility of buying United.

The cable reportedly claims an offer of $1billion was under consideration before being ditched in favour of creating a new Burmese football league.

The bid proposal, which never got as far as direct contact with United’s owners, the Glazers, is reported to have been motivated by an intention to divert attention away from Burma’s domestic issues.

The Guardian quotes the cable as saying: “One well-connected source reports that the grandson wanted Than Shwe to offer $1bn for Manchester United. The senior general thought that sort of expenditure could look bad, so he opted to create for Burma a league of its own.”