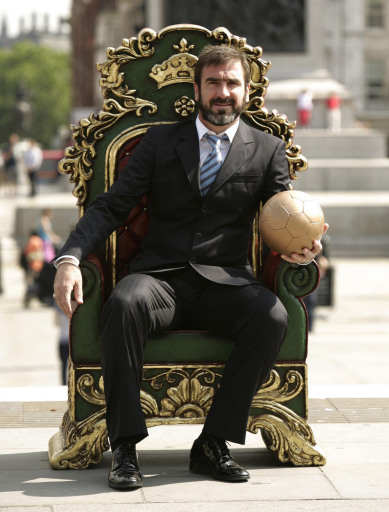 With Carlos Queiroz lined up to replace Big Phil Scolari as coach of the Portuguese national team, Fergie will need a No.2.
According to the ever-reliable Sunday Express, a friend of Cantona’s says that a coaching job at United could tempt the Frenchman out of self-exile: “Eric does fancy the idea of helping out with the coaching at a club like Manchester United,” the source revealed.

Hmm, this stinks of merde. I suspect that an Express hack has simply applied tenuous logic to the Queroz story.
Who would United fans love to see back at Old Trafford, more than any other ex-player? Cantona, of course.
Has Cantona expressed any desire to become a manager? Not really, no. He’s messed about with acting and beach soccer, but has shown zero interest in a return to serious football.
I’m not saying that I don’t want to see Cantona back involved in English football – I just can’t see it happening. Can you? Vote below…