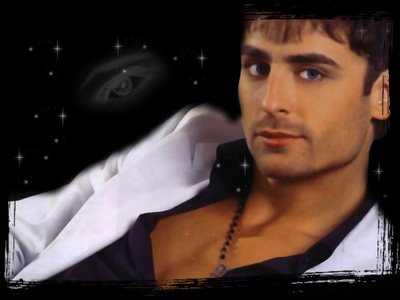 “Lots of people tell me that I look like him. He has actually influenced my choice of hairstyle and I have even studied the way he smokes so I can hold my cigarette in the same way.” [Football Banter]
The Berb finally gives in to the fact that he looks like Andy Garcia (and a bit like comic Paul Foot). But the Bulgarian should spend less time on his smoking technique (not to mention his smoking), and more time on his football.
And he chose that hairstyle? Red card, right there.
Quote of the day, runner-up: “He can only work with the tools he’s been given”
Chris Waddle on Alan Shearer’s impossible job at Newcastle. Does Chris mean Joey Barton?