What the teams will be wearing in Rome 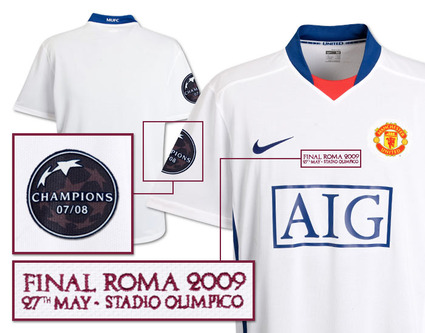 Manchester United
With Barcelona awarded official home team status in the CL final, Man Utd have chosen to wear an all-white kit (C-Ron can see if he likes playing in all white) with blue trim. The last time the two sides met in a European final, in the 1991 Cup Winners’ Cup final, United wore all-white (with red trim), and went on to win 2-1. A lucky omen? Perhaps, though I doubt Alex Ferguson believes in luck.
Wayne Rooney says he pictures himself playing in white and lifting the cup, while Ronaldo says he likes playing in white.
Barcelona
The Catalans will be wearing their classic blue-and-red home kit… 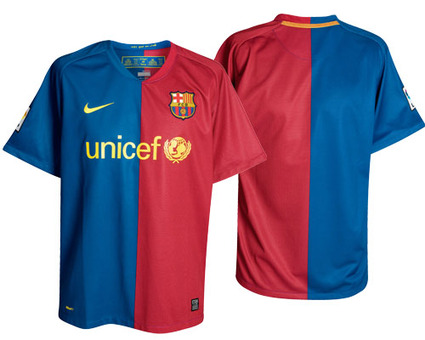 A good day for Nike then.
UPDATED: OK, Joe was right: Barca will be wearing their current home kit. Cheers.