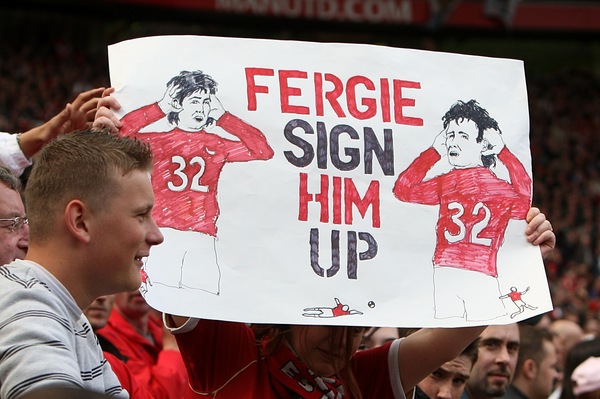 The world tour for Tony Hart’s Gallery was a massive success
As expected, Tevez is off to City, for Â£25.5m. And so another pampered ego who couldn’t do his time on the bench moves on. But will things be any different for the whinging Tevez at Eastlands? Let’s look at the facts…
City’s ridiculously swollen roster of forwards now looks like this:
Tevez, Bellamy, Santa Cruz, Robinho, Benjani, Bojinov, Caceido, Evans. And Emmanuel Adebayor could also be on the way (more on which later today).
If Tevez really thinks he’ll be guaranteed a starting place next season, he’s deluded. Mark Hughes wasn’t afraid to drop Robinho, and he won’t be afraid to leave out Tevez either – although Tevez is small, he is not the fox-in-the-box who will thrive on Santa Cruz’s knockdowns.
I’ve said it before, Tevez is not the sharpest tool in the box. His lack of self-awareness is shocking – he is one of those players who clearly believes everything good that is said and written about him. He is also a puppet in his agent’s hands. As such, Carlito’s ego is monstrously disproportionate to his ability. In his own mind, he’s still ‘the next Maradona’; in reality, he’s a decent player with several flaws to his game, not least of which is his finishing (a major flaw for a striker to have).
Yet Sparky Hughes doesn’t appear to see this:
‘Carlos is an international player of the highest class who possesses all the attributes that will help drive this club forward,’ City’s manager said. ‘He is not only outstanding technically but he is a reliable goal scorer and someone who will contribute fully to the team ethic.’
A reliable goal scorer!!? Do me a favour. Team ethic!!? Tevez is the man who puts the ‘I in team. Hughes will discover the true Tevez in no time.
Tevez says he’s delighted to be joining such a potentially ‘extraordinary club’ as City. It’s the perfect choice of adjective. There’s nothing ordinary about City these days, and I already miss the Blue Moon moans of celeb fans like Noel Gallagher. City is a proud English club with proud fans. Now they are the equivalent of a billionaire’s super yacht. Chelsea fans, can you let City fans know what they are in for. United fans must be glad to see the back of the little Argentine irritant.