Less than a week after Fergie said he wouldn’t be signing any more players this summer, what does he go and do? You’ve guessed it… 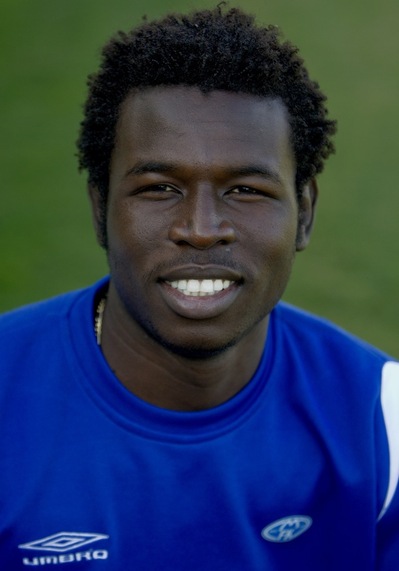 Today Manchester United announced the signing of Senegal international Mame Biram Diouf (pictured above) from Norway’s FK Molde (the same club United signed Ole Gunnar Solskjaer from), for an undisclosed fee. Diouf is 21 years old and a striker. He’s fast, tall and very athletic, not unlike Danny Welbeck in fact. He also scored sh*t loads of goals for Molde.

All very well, but Fergie has left himself wide open to accusations along the lines of: “You red-faced liar, you.”
Fergie’s excuse was that he had no choice but to snap up Diouf:
“We’ve been looking at him for two years. We weren’t intending on signing anyone else after last week – we feel we have a full squad – but the situation accelerated to a point where other clubs started to make bids. We decided to act and he’ll be the last person we sign.”
Yeah, we’ve heard that one before, Alex.
Will this really be United’s last signing of the summer, or is Fergie having us on? Vote now: