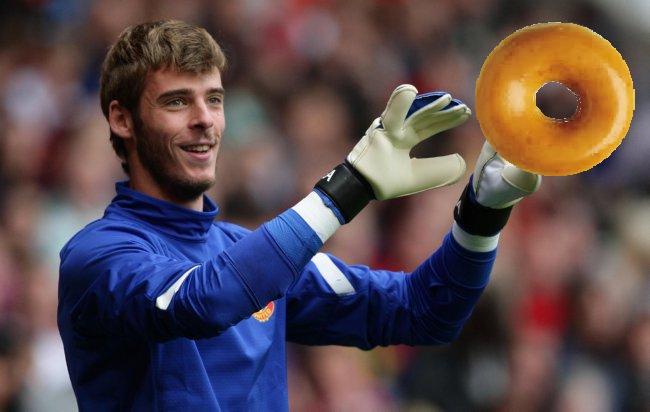 The world is waking up to the harrowing news that Manchester United ‘keeper David de Gea is, as we’ve suspected for quite some time, a donut thief – at least he is if The Sun is to be believed.

According to the rag, De Gea was quizzed by security staff at the Tescos in  Altrincham, Greater Manchester after CCTV caught the Spaniard gobbling a £1.19 Krispy Kreme donut in the magazine aisle before leaving the premises without paying for it.

Apparently De Gea was accosted at the exit by a member of security that spoke fluent Spanish and taken into the store’s ‘stop and search’ room until the ‘issue was resolved’ – make of that what you will.

A conveniently placed source had this to say:

“[De Gea and his friend] weren’t very subtle. They swaggered in chatting loudly in Spanish.

“The security guards who monitor the CCTV watched two of them take a doughnut each out of the Krispy Kreme cabinet.

“Incredibly, they then appeared to try to leave without paying — or buying anything else for that matter.”