Presenting: The latest installment in the never-ending (and slightly past-it’s-sell-by-date) Manchester ‘billboard wars’.

A large digital billboard has been glaring above Piccadilly Gardens in the city centre reading ‘Welcome to Carlos, Manchester’, which has appeared courtesy of the United Supporters’ Trust – described on their website as a ‘warm-hearted message from some old friends’… 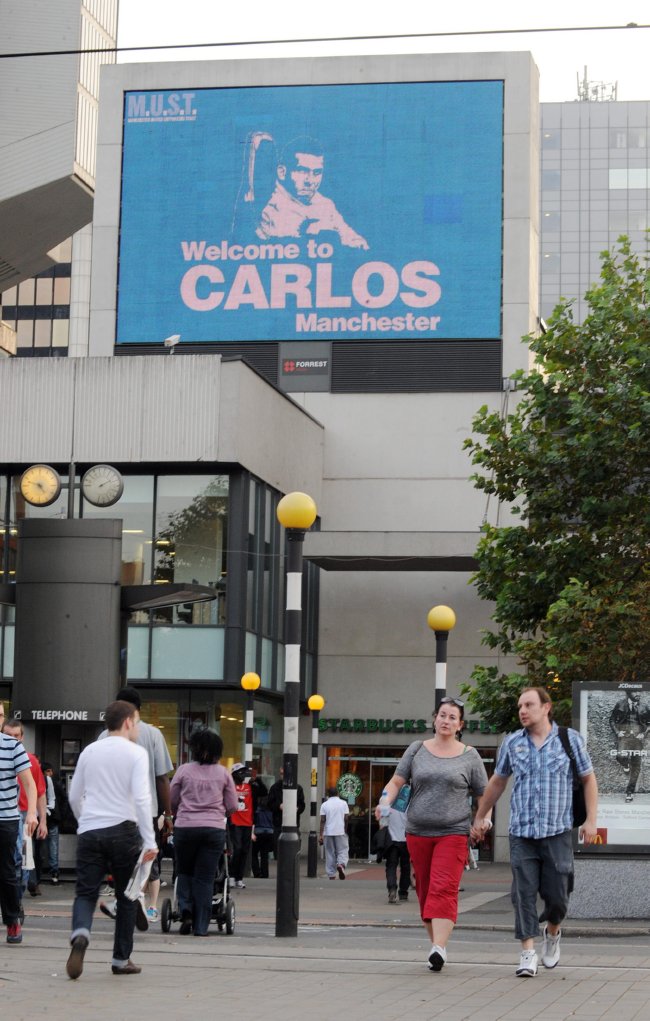