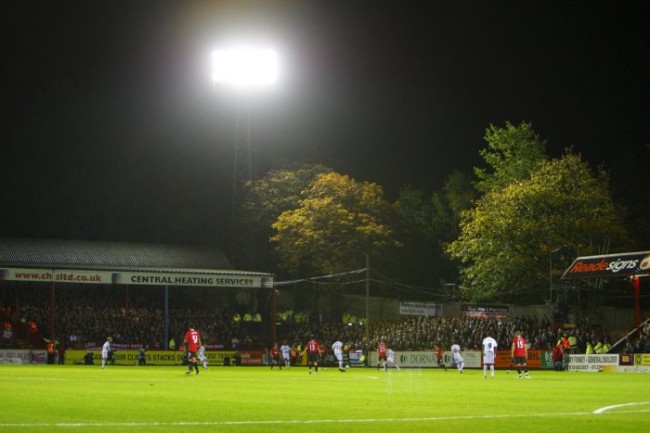 With most of the players involved in the derby-day pasting at the weekend given the night off, Manchester United wafted through to the quarter finals of the Carling Cup with a 3-0 victory over League Two side Aldershot at the Recreation Ground last night – with Dimitar Berbatov, Michael Owen and a beauty from Valencia doing the honours for United.

Little bit of trivia for you: Aldershot as they are now didn’t actually exist the last time they played United in the League Cup some 41 years ago (3-1 to United. Law, Best and Kidd on the scoresheet), as Aldershot FC – as they were known in 1970 – were liquidated by the High Court in 1992.

Though you probably knew that already, didn’t you?