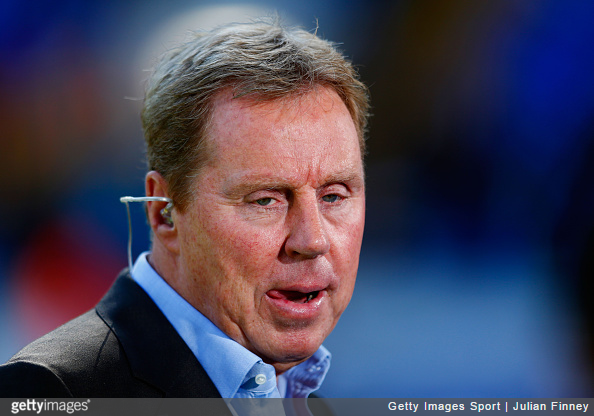 “I’ll do anyfink for a pony mate”

Harry Redknapp might just be on the brink of being tempted back into management after finding himself on the shortlist for the head coach vacancy at NK Olimpija Ljubljana.

The Slovenian league leaders, who – it should come as no surprise – are owned by Milan Mandaric, are currently assessing their options after parting company with previous incumbent Marijan Pusnik a fortnight ago.

Redknapp has been out of the managerial racket since departing QPR on health/relegation-dodging grounds back in January.

Olimpija director Ranko Stojic told Slovenian newspaper Ekipa (via the Guardian) that he is hoping to hire a new coach soon and that there could be some truth in the press reports about a possible Redknapp-Mandaric reunion.

In your newspapers you have already mentioned that Olimpija could get Harry Redknapp, and there are some possibilities for this scenario to really materialise.

Of course, there is no need to say that this is mainly due to the relationship that he has with our president – their relationship is our greatest asset.

Redknapp also has an offer from the Arab world, but if he doesn’t go there he might come to us.

The big tease. For the record, Juande Ramos, Felix Magath, Ciro Ferrara, Raddy Antic and Christoph Daum have all been mentioned in passing too.

As for Harry; from once-and-future England manager to an obscure outpost in Slovenia in just three years.

Oh, how the mighty have been found wanting.