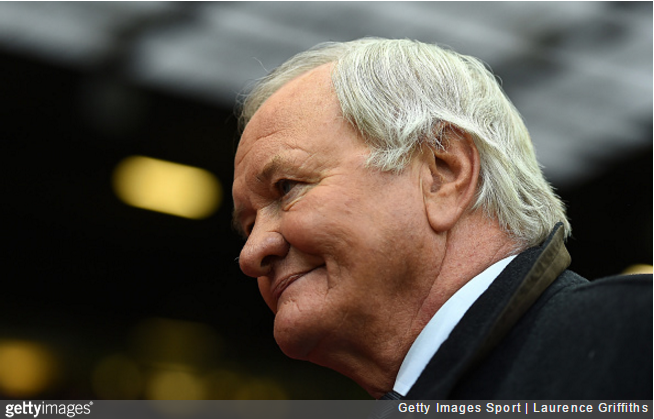 You may have noticed that Ron Atkinson doesn’t tend to get much air time as a co-commentator and pundit these days.

This is because, back in 2004, he put a sudden and dramatic end to his own media career by referring to Marcel Desailly as a “thick, lazy n***er”.

Big Ron hasn’t really lived the slur down since, becoming something of a persona non grata in football broadcasting circles for obvious and perfectly warranted reasons.

Over a decade later, Atkinson, now 77, has had a stab at explaining away his choice of words and actions in his new autobiography, ‘The Manager’.

It’s a not exactly what you might call an apology; more a feeble attempt to exonerate himself using a handful of the most tenuous excuses imaginable.

My record as a manager speaks for itself. At Aston Villa I once put out an entire team of black players, apart from Mark Bosnich and Shaun Teale.

Yep. An entire team of black players (apart from the two white lads). Can you even conceive of such a notion?

That really is Ron’s opening gambit, and it all continues to tread familiar ground from thereon in:

But on this night in Monaco, I had taken my mic off and tossed it away. I was annoyed because Chelsea had thrown the game away – then I’ve blown my career with a single word I will always regret.”

Normally, one of the production team will go over, switch off the microphones and dis- connect the feeds. But tonight she doesn’t.

They are on and some of the feeds are still live. When Desailly appears on the tape, I comment: ‘He is what is known in some schools as a thick, lazy n***er’.

It was idiotic, stupid and offensive, and I should never have said it. To this day, I cannot believe I did.

The one thing I can say in my defence was that I was quoting a phrase that at least two managers I knew had used.

If anybody out there was wondering if it’s time to give Ron a break and let him come sauntering back into the studio, there’s your answer.