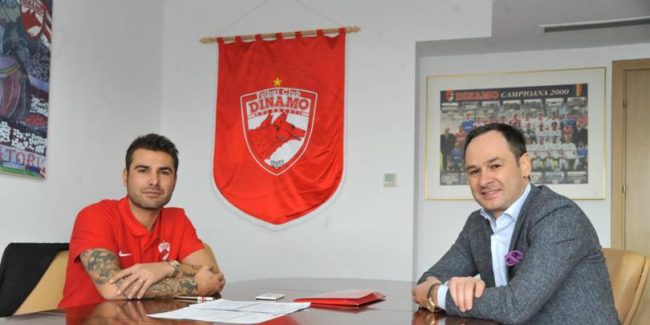 With his playing career having petered out fairly spectacularly, Adrian Mutu is now set to try his hand in the cut-and-thrust world of general management.

As confirmed by Pies’ unofficial Romanian football correspondent Emanuel Rosu (@Emishor), Mutu has been officially sworn in as the new general manager of Dinamo Bucharest…

Mutu played for Dinamo ever so briefly in his early days, scoring 29 goals in 42 appearances for the club in his sole season with the Red Dogs.

The news of his appointment has also been confirmed Dinamo’s club website, to whom Mutu gushed:

It’s an honour for me that Dinamo offered me the chance to debut in a role so important and I thank (majority shareholder Ionut) Negoita for this huge challenge in my career!

I hope to repay this trust with the results all Dinamo fans expect.

Congratulations to the guy in his continued attempts to rebuild his professional standing.

Indeed, landing a role as prestigious as this is certainly nothing to sniff at.