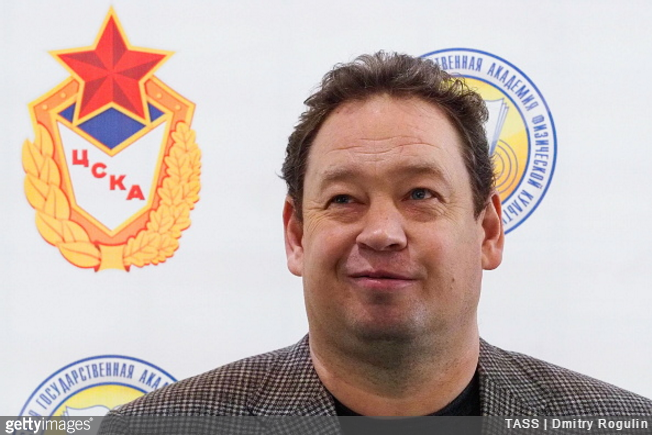 After losing previous incumbent Marco Silva to Watford a week or so ago, Hull’s owners, the Allams, met with Slutsky recently to discuss the Russian stepping into the breach.

According to David Anderson in the Mirror, the Allams were “impressed” with Slutsky to the point that they now believe he is “the best candidate to win them promotion back to the Premier League.”

The 46-year-old left CSKA back in December after winning three Russian Premier League titles in seven years, and has apparently spent the last six months living in London (as a guest of Roman Abramovich) while he learns to speak English.

FUN TRIVIA: Slutsky was forced to retire from playing football at the age of 19 due to a serious knee injury he sustained after falling out of a tree.

‘But what was he doing up said tree?’, we hear you cry in bemused unison.

Well, would you believe that he was attempting to rescue his neighbour’s cat…