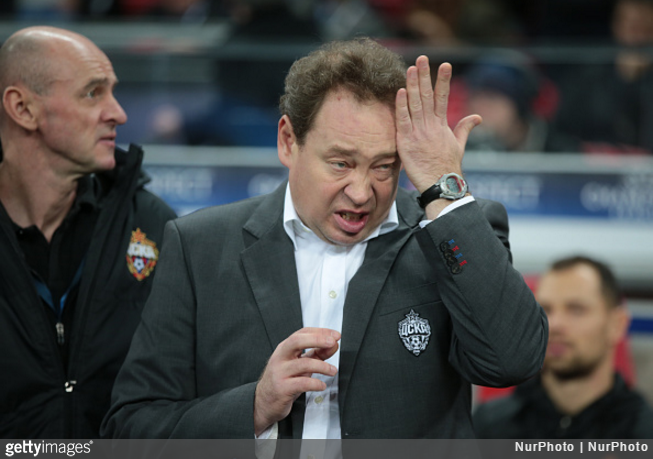 As was foretold in the prophecy, Hull City have entrusted Leonid Slutsky with the job of getting them promoted back up into the Premier League at the first attempt.

The former CSKA Moscow and Russia coach has been officially sworn in at the KCOM Stadium today on a three-year contract, thus becoming the very first Russian coach to take charge of an English club…

🔶◾️ | We are delighted to confirm the appointment of Leonid Slutsky as our new Head Coach #WelcomeLeonid 🐯 🇷🇺 pic.twitter.com/3UxPRWxsl1

Slutsky has been living in London for the past six months, learning the native tongue while his good chum Roman Abramovich attempted to find him a job in English football.

Speaking to the Telegraph earlier in the week, Slutsky revealed the extent of his special relationship with ‘Mr Abramovich’:

Mr Abramovich has helped me. I live in the Chelsea hotel, they help me with tickets for games, I watched the Chelsea academy, first-team, under-23s and under-18s.

After matches I talk to Mr Abramovich and sometimes he asks my opinion on teams or players. We talk as friends, he believes in me and is like my supporter and coach.

He’s a good supporter to have, I think the best in the world!

We have absolutely no idea what he meant by that.