Southampton have sacked Mauricio Pellegrino as manager after a truly risible run of form that has seen the Saints win just one of their last 17 matches since November – and that was against West Brom so it only really counts as half a win.

The team, who are currently one point outside the relegation zone, have taken on the form of their coach in recent months in that they’ve become almost entirely anonymous, with no recognisable approach or identity to speak of. 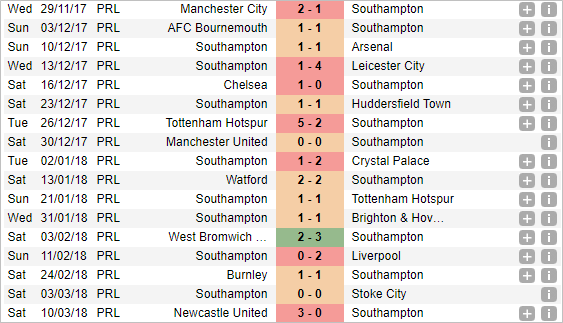 So, Pellegrini has been and done. Nobody will ever speak of his reign again. And to think, they sacked Claude Puel for finishing 8th.

Next up for the Saints position? Well, it would appear that Mark Hughes has been installed as favourite to take over.