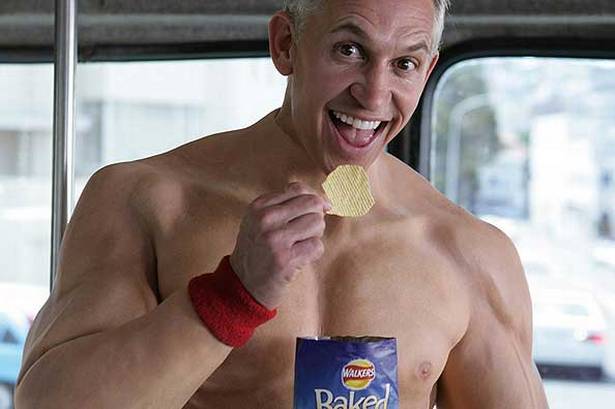 You may have noticed that, during the BBC’s coverage of the Portugal-Czech Republic quarter-final, MotD host Gary Lineker resorted to the calling the Portuguese victory ‘a game of two halves’ after the final whistle – the oldest, lamest cliché in the big book o’ old, lame clichés.

Many, as Pies did at the time, assumed that Lineker had just given up, that yet another night spent trying to coax anything more than a one-word answer out of Alan Hansen had finally broken his spirit. We’d even swear we saw the thinnest ribbon of smoke rise from his ears as the light behind his eyes finally conked out.

Not so, however, as it was all a dare – administered by none other than Ricky Gervais. Gervais tweeted Linker during MotD’s live coverage, egging him on to spout the line in question:  “I am watching you on my TV. I dare you to use the phrase ‘it was a game of two halves’. I would enjoy that.”

Lineker replied: “I will suffer the abuse that will follow my uttering of the cliché, just because it’s you,” before making good on his promise.

“Hahaha. You did it! You are a man of honour,” said Gervais. “I will donate £1000 to Great Ormond Street Hospital. The boy done good. Cheers.”

Lovely stuff, if you have no qualms with the integrity of your football punditry being sapped away. Sadly, we can confirm that all the ‘Lethal Drizzle’ stuff that followed shortly after was not dare related, just terrible.