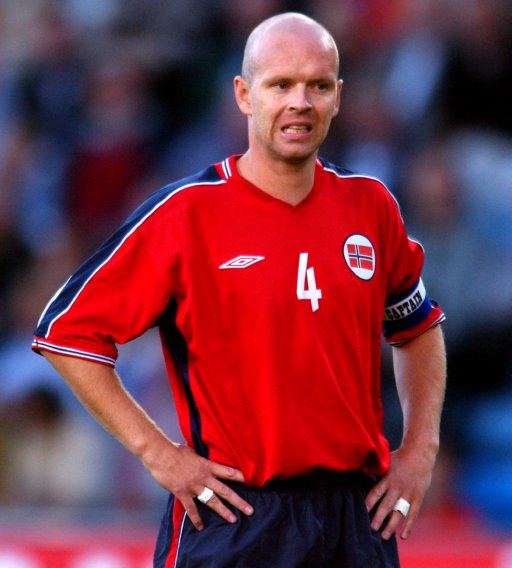 The laws of the game are ever evolving, hence the fact that absolutely no-one knows what the soddin’ offside law actually is anymore, but the Norwegian FA – in their role as football’s global envelope pushers – are keen to introduce a radical new rule at youth level to help even out heavily one-sided tonkings in the interest of fairness.

The proposed law will see teams that fall 4-0 behind allowed to bring on an extra player, a twelfth man, to help turn the tide and is being backed by none other than former Blackburn, Manchester United and Norway centre-half Henning Berg who is currently one of the runners and riders in the frame for the managerial vacancy at Ewood.

However Aalesund coach, Kjetil Rekdal, who played alongside Berg at the heart of the Norwegian defence on several occasions, is altogether less enamoured with the plans.

“It can be positive to get more people active, but it can be negative if you destroy or punish those who are better,” he told the Norwegian newspaper Verdens Gang.

Not sure about the whole ‘winning 17-0 isn’t fun’ thing for starters. Pies played in several youth sides who would’ve been glad of being on the fluffy end of a hammering or two rather than the other way round.

What happens if the team with 12 men draw pull it back and go ahead? Does the extra player go off again or does he take up a floating role, change his shirt and switch to playing for the opposition? So many questions.

Well, best of luck with the proposal Henning anyway, you big Norwegian maverick you!