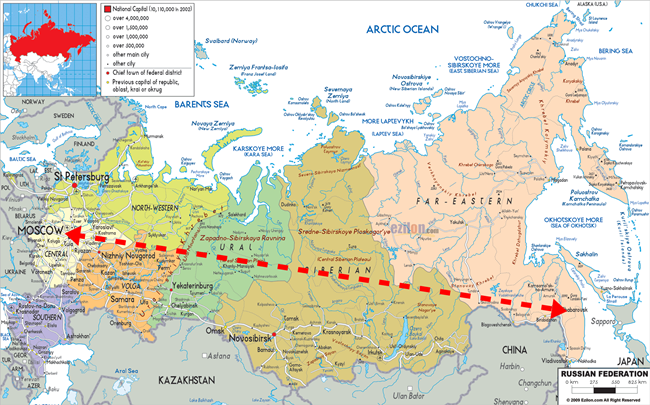 When the draw for the Russian Cup was made, Spartak Moscow fans must have been overjoyed to find their team pitted against SKA-Khabarovsk.

For the uninitiated, Khabarovsk are a second-tier team who play their home games along roughly the same line of longitude as J-League stalwarts Gamba Osaka.

Still, a select band of hardy individuals made the 5,163-mile slog, which the Mirror estimate would take roughly 100 hours to drive – a little over four days, and that’s assuming that nobody needs to stop to eat/drink/sleep/urinate, etc, at any point on the way.

The best bit? Spartak ended up losing 1-0 on Wednesday night. Still, at least it’s only another 5,000 miles to get home.

And to think we were moaning about the potential distances involved at Euro 2020.