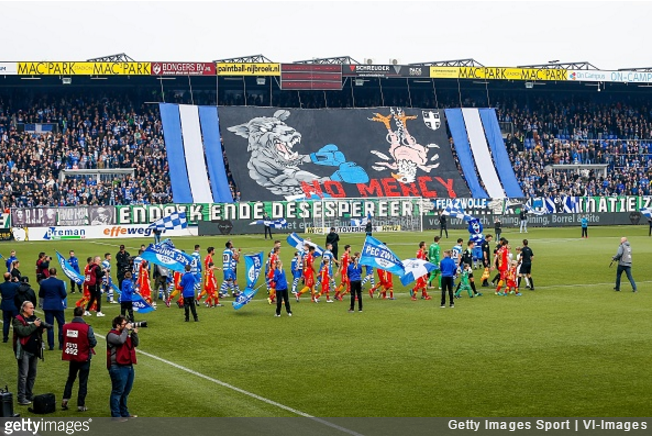 Sunday afternoon in the Eredivisie saw local rivals PEC Zwolle and Go Ahead Eagles square off in another feisty edition of the IJssel derby, named after the river that seperates the two clubs.

Unfortunately, the occasion was sullied when one travelling Eagles fan lived up to his team’s moniker and literally just went ahead with his heinous plan to besmirch Zwolle’s pitch after the game.

The Go Ahead Eagles fan secreted himself inside the stadium for three hours after the final whistle before making his way to the centre spot to perform what the Destentor newspaper refer to explicitly as his “shit action”.

Given the nature of the crime, it should come as no surprise to learn that there is photographic evidence of the alleged incident… 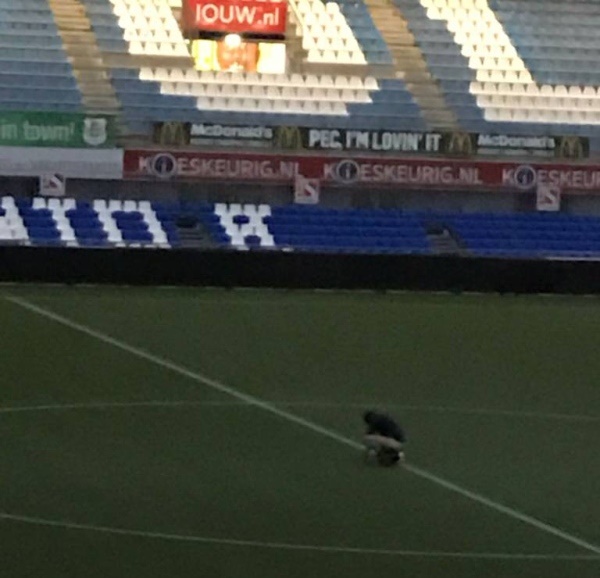 The fan was caught in the act, with PEC Zwolle announcing that a 50-year-old from the town of Deventenaar was removed from their stadium due to his “inappropriate behaviour.”

After the photo above was floated on social media, Zwolle refused to confirm whether or not a deposit was left on their half-way line.

They also stated that they believe the offender acted alone and that they are now considering pressing charges.

Of course, there’s no point – they’ll never make it stick.