The Rwandan Football Association have banned withcraft from the game with concerns that players have been using rituals to get a sneaky edge over their opponents. 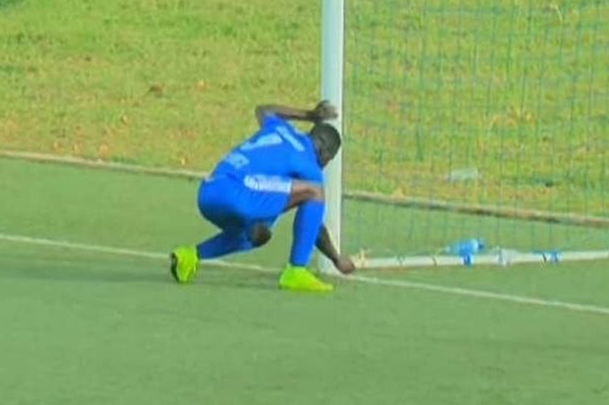 This rather bizarre news comes after a strange incident during a recent Rwandan league clash between Rayon Sports and Mukura Victory.

During the game which took place last month, Rayon Sports forward Moussa Camara appeared to place a small object against the Mukura Victory goalpost in some kind of ritual which rather annoyed his opponents….

Witchcraft has been banned in football in Rwanda, after a player allegedly performed rituals in a league game. pic.twitter.com/AilucuUnlO

The hocus-pocus seemed to work with the striker scoring soon after!

Now, the powers-that-be in Rwandan football have decided that enough  is enough and are to impose a ban on such other-worldly shenanigans.

Any players judged to have indulged in witchcraft during a game will be fined the princely sum of 100,000 Rwandan Francs, which equates to just under £100. Clubs, on the other hand, face fines of up to 2.9m Rwandan Frances and can be docked points if they are found to have dabbled in the dark arts.

In FERWAFA (Federation of Rwanda Football Association) statutes we don’t have any law punishing the use of witchcraft because there is nowhere in the world where it has been proven that it can influence the outcome of a game.

However, with the violence between players because of allegations that one team is using it, we have decided to enact laws.

So there you have it folks – one of the more bizarre stories of 2016 right there!