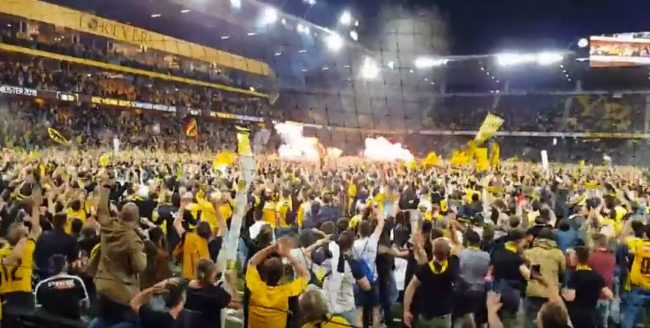 The final whistle saw an incredible pitch invasion from the home fans.

Once on the pitch, the elated fans were going nowhere, belting out a cracking ‘We love you’ chant…

The game itself had been a dramatic affair, with sub Jean-Pierre Nsame scoring an 89th minute winner to secure the title with four games to spare and end FC Basel’s recent dominance.

No wonder the fans were so pleased!