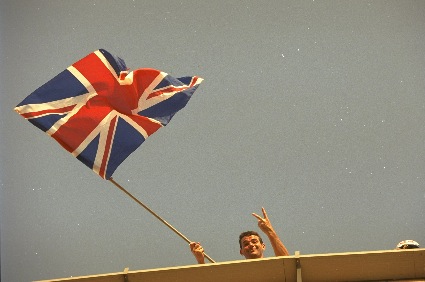 Imagine we were one country. Men from Stoke could proudly walk through Paris wearing a tartan dress, the people of Wales would know what victory felt like, and England’s goalkeeping “crisis” (though that’s technically a bit of a strong word for poor Robbo) would be solved in a jiffy.
So if we were just one nation battling for qualification together, who would you pick in your starting eleven tomorrow night (injuries taken into account, so no Rooney or Healy I’m afraid). For our pick click onward…
Photo: Getty