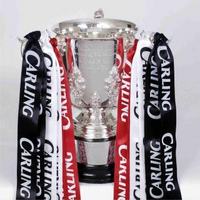 Quite a few more Carling Cup fixtures tonight. Here are my predictions for each one:
Aston Villa v Leicester Martin O’Neill will see the Carling Cup as Villa’s most winnable trophy, so I expect him to field a strong Villa team, with Curtis Davies expected to make his debut.
Prediction Aston Villa 3-1 Leicester
Blackburn v Birmingham Depends how much Steve Bruce wants this competition as a distraction. Mark Hughes will believe Blackburn can go a long way, but Birmingham may see it as a distraction from the bread-and-butter task of staying in the Prem.
Prediction Blackburn 2-1 Birmingham
Fulham v Bolton Both managers have said they’ll name strong sides, and with home advantage I give the edge to Fulham.
Prediction Fulham 3-2 Bolton
More predictions belowâ€¦

Hull v Chelsea On paper, Avram Grant won’t have a better chance to get his first win as Chelsea boss, but this is a very tricky fixture for the Prem giants – can’t wait to see who makes the Chelsea team.
Prediction Hull 1-2 Chelsea
Man Utd v Coventry A run-out for Man Yoo’s second-string, no doubt, but they should still have too much for Coventry.
Prediction Man Utd 2-0 Coventry
Sheff Wed v Everton A tough fixture to call, this. David Moyes has never seemed that bothered about the Carling Cup, so I’ll go for a bit of a shock here.
Prediction Sheff Wed 2-1 Everton
Tottenham v Middlesbrough Spurs will probably unleash Jermain Defoe, whilst Boro have hardly any healthy strikers: Mido, Tuncay and Jeremie Aladiere all have injuries.
Prediction Spurs 4-1 Middlesbrough
West Ham v Plymouth A trip to East Laaaaandon for Ian Holloway and his Green Army, but I can’t see them returning to the south-west with anything but a defeat. Sorry Ollie.
Prediction West Ham 1-0 Plymouth