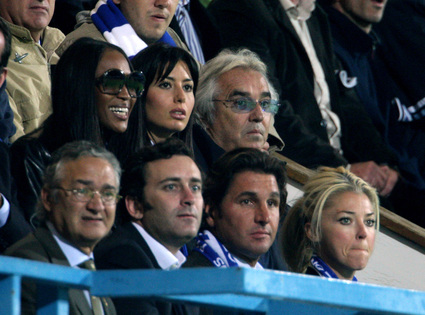 A touch of A-list glamour came to Loftus Road last night, in the form of supermodel Naomi Campbell. She was accompanied by ex-boyfriend and Renault F1 boss Flavio Briatore, who has been sniffing around QPR of late. C-lister Tamara Beckwith â€“ didn’t she used to be some sort of useless IT girl? â€“ was also in attendance, sat one row in front of Campbell and co.
Campbell and Briatore clearly had some effect on struggling Rangers, who picked up their first win of the season against Norwich, 1-0. They’re still bottom of the Championship though.
Photo Getty Images