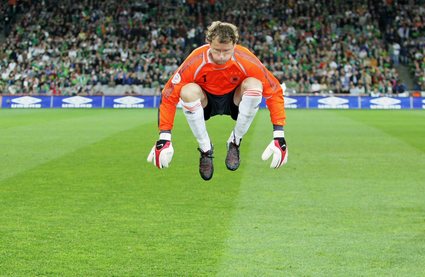 No Bundesliga action this week, but Germany did become the first side to qualify for Euro 2008 (aside from the hosts, of course) after a 0-0 draw in Dublin against the Republic of Ireland. The lack of goals in the match perhaps helps to explain how Jens Lehmann found time work on his levitation. More from Mad Jens after the click.

Arsenal keeper Jens Lehmann has become the first name on the Arsenal team-sheet for the match against Bolton on Saturday, even if Arsene Wenger doesn’t know anything about it yet. Asked about his recent absence from first-team action, the German goalie said: “I am fully fit and I expect to be back against Bolton. [Wenger] has not told me anything but I am here now and I expect him to play me, so no worries. This has been the first time that I have been injured since I was at Arsenal [but] sometimes the body takes a break. When you are playing for four years at a consistently high level, the body tells you, ‘You’re injured now and you need a break,’ and that’s why you can’t play for several weeks.” So it is not just his international goalkeeping rivals Lehmann is eager to fall out with!
Wolfsburg players show off a variety of unusual stretches during training. 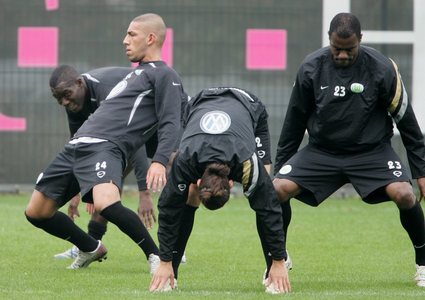