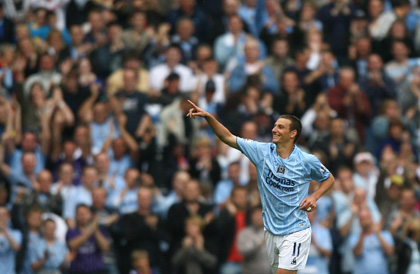 Sepp Blatter may not like it but the Premier League is home to over 260 foreign players from Austria to Zimbabwe.
Weâ€™ve heard the argument that the influx of foreign players is holding back our domestic game, but in our view the best overseas players have improved the standard of football in this country and made it one of the most exciting and enviable leagues in the world â€“ let us know if you think differently.
So, weâ€™ve decided to take a look at some of the most highly represented foreign nations and ask you to vote who is the best ambassador for their country â€“ starting with a list of top ten Brazilians whoâ€™ve brought the beautiful game over here.
Click through to vote for the best Brazilian in the Premier League.