Marseille ended Lyon’s momentum in their bid to win a seventh successive Ligue 1 title. The underdogs emerged victorious in the battle of the Olympiques. Marseille are currently fourteenth in the table – while Lyon are top of the table – but they picked up a 1-2 away win on Sunday.
Juninho opened the scoring for Lyon after just seven minutes, but a brace from Niang won the match for Marseille.

Highlights from le crunch match between Lyon and Marseille.

Milan Baros has been trouble-making again. The Lyon sub, sorry striker, has stuck his neck out to say he is unhappy at his lack of first-team action amid rumours that he wants to move back to England. 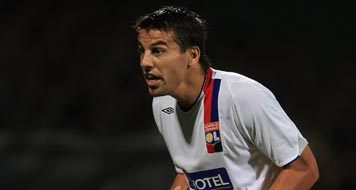