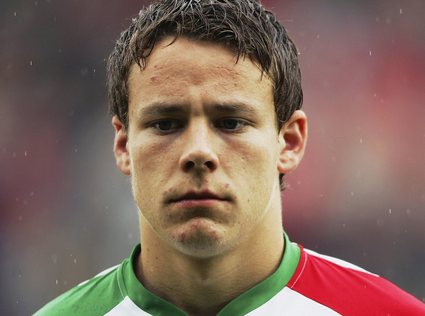 OK, OK we’ll come clean. Although we are sure Chris Gunter is a very talented kid, this is more of a dig at Paul Parker than anything else. The ex-Manchester United and England full-back told FourFourTwo Gunter was: “Already being touted as a right-sided Gareth Bale and although that’s a lot of pressure to put on an 18 year old, the potential is there for all to see.”
Woah, woah, woah – backup there, Paul. Last time we checked Gareth Bale was 18 too. Since when was comparing an 18-year-old Wales interntional full-back to another 18-year-old Wales international full-back putting him under a lot of pressure? Surely Bale’s five days of seniority don’t make too much difference! It’s not like people are comparing him to Paolo Maldini (an honour Parker reserves for Juventus’s Giorgio Chiellini, by the way…).