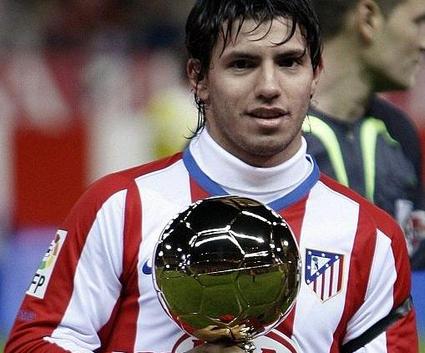 It is as you were at the top of La Liga. Real Madrid remain four points ahead of second-placed Barcelona as both sides picked up three points at the weekend. Ruud Van Nistelrooy’s goal gave Real a 1-0 win over Athletic Bilbao, while Barcelona came from behind to beat Deportivo La Coruna 2-1.
Atletico Madid capitalised on Villarreal’s defeat at home to Real Betis to move up to third. Sergio Aguero might have received this trophy for being Europe’s best under 21, but he got to polish his golden ball early as he was sent-off in Atletico’s bad-tempered 1-0 win over Getafe.

Ronaldinho is fed up of looking like Donkey and is now working on his Shrek impression. 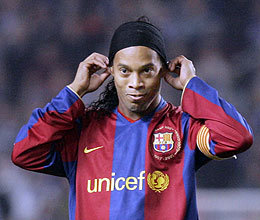