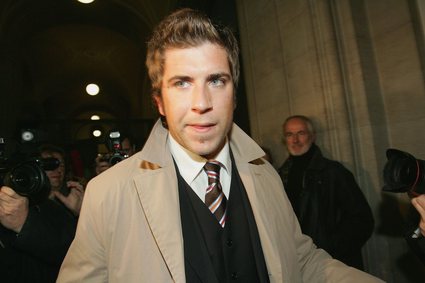 The main news in German football this week is that there is no news. Well, that’s not strictly true but there is no Bundesliga action until February. Now that is a winter break. It is at times like this that people like Owen Hargreaves, who have sacrificed their cushy holiday allowance to warm Manchester United’s bench over the festive period, must kick themselves. Hargreaves said: “Contrary to the previous years, Iâ€™m not going to spend the Christmas holidays with my family in Calgary, because the Premier League doesnâ€™t have a winter break.”
Elsewhere, the German FA will have its day in court tomorrow as it sues bent referee Robert Hoyzer (pictured). The disgraced official was found guilty of match-fixing last April, and the DfB is seeking damages of â‚¬1.8 million to recoup wages paid to Hoyzer, the cost of meetings regarding the scandal and compensation paid to Hamburg after their match was fixed.

And Mad Jens Lehmann is expected to make a decision on his Arsenal future this week. The bench-bound German is either missing the lengthy Christmas holidays too or wants first-team football ahead of Euro 2008. I’m not sure of the logic behind that because all he will be doing at Euro 2008 is sitting on the bench.