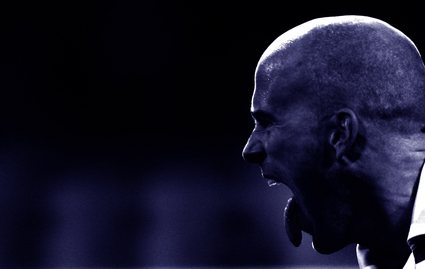 The Bundesliga’s top two went head-to-head as Bayern Munich were held to a 1-1 draw at home to second-placed Werder Bremen. Brazilian star Diego gave Werder the lead after just six minutes. Luca Toni missed a penalty before Ze Roberto equalised for the hosts. The result means Bayern maintain their three-point lead at the top of the table.
Schalke moved up to third, a further two points behind Werder, following a dramatic 2-3 victory at Borussia Dortmund. They away side grabbed a late winner as Dortmund played out the last 17 minutes with 10 men after Dede was dismissed. That goal was scored by Fabian Ernst who, as you can see above, quite enjoyed it!

Highlights of Bayern-Werder Bremen. Pies recommends turning your volume off to save yourself from the commentary.

Lothar Matthaus brushes his teeth while David Hasselhoff watches… during a guest appearance in Knight Rider and gets the keys to K.I.T.T. Exciting times.