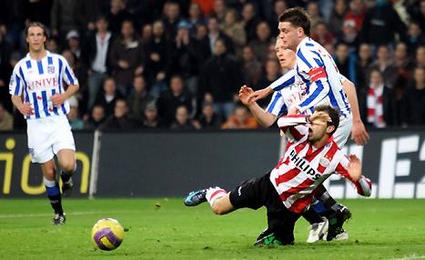 PSV Eindhoven opened up a nine-point gap at the top of Eredivisie despite only drawing 1-1 with Heerenveen. The result did mean that Heerenveen moved up to second in the table at the expense of Ajax. Heerenveen are level on 44 points with Ajax, but are ahead by seven on goal difference – precisely the number they put past Vitesse Arnhem last week. Feyenoord and NAC are also on 44 points in what seems to be a neck-and-neck race for second place.
Otman Bakkal gave PSV the lead in the first minute against Heerenveen, but in-form American Michael Bradley equalised on 52 minutes. Ajax suffered a 2-1 defeat at Roda JC, while Feyenoord won 1-3 at De Graafschap.

Ajax’s defeat to Roda JC as viewed from the position of an angry Ajax fan. 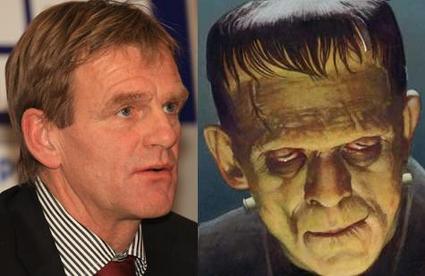