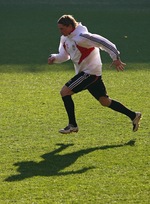 Liverpool vs Inter (Anfield 7.45pm) A massive night for Liverpool, and especially for beleaguered boss Rafa Benitez. The Spaniard has been publicly backed by ‘Pool’s US owners, at least until the end of the season, but I still think there’s an outside chance that he could be sacked if Inter win – and win convincingly – tonight. At least Rafa has a full squad to choose from, with the exception of injured pair Daniel Agger and Andriy Voronin – Agger may be missed, but Voronin is no great loss.
Pies says I don’t think Liverpool’s FA Cup-loss to Barnsley will have any bearing on this match. Benitez has an excellent record in Europe, and I’m sure he’ll come up with a sound tactical plan to nullify Inter. This has 0-0 written all over it, a result which I think would suit both teams well enough.
Preview/prediction for Olympiakos vs Chelsea after the clickâ€¦ 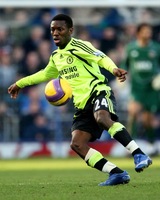 Olympiakos vs Chelsea (Karaiskaki Stadium, 7.45pm) The current league leaders in Greece are unbeaten at home so far in this seasonâ€™s Champions League, but Chelsea have a very impressive away record in Europe in recent seasons – they haven’t lost a Champions League game abroad since losing by a single goal at Werder Bremen in 2006. In other words, this will be tight. Avram Grant may not risk John Terry or Frank Lampard, but Didier Drogba, back from Ghana, will start up front, possibly on his own, with support down the flanks from England’s Shaun Wright-Phillips and Joe Cole.
Pies says Under Avram Grant, Chelsea have hardly put a foot wrong. I don’t expect them to slip up tonight, but I think they will find it very hard to come away from Greece with a victory. I go for a 1-1 draw, a result which would leave Chelsea as favourites to progress.
And my picks for the other two Champions League ties being played tonightâ€¦
Roma vs Real Madrid This should be the most entertaining match of the quartet. I also expect it to provide the most goals. I go for a 2-2 draw.
Schalke 04 vs FC Porto Porto, who won their Champions League group, are running away with the Portuguese league, and I think they’ll have too much for Schalke. 2-1 to the visitors is my shout.