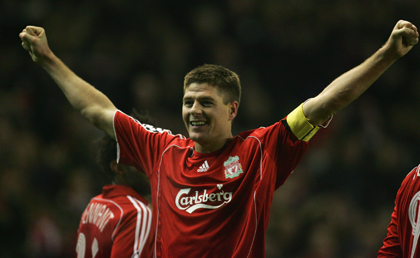 As you might have seen, we’ve been asking Pies’ readers to pick their team of the season by voting for players in each position.
So far, the back four is sorted with David James in goal, Arsenal’s Bacary Sagna and Gael Clichy covering the flanks and a partnership of Ferdinand and Vidic in the middle. Now it’s time to select the creatives, starting with a midfield playmaker.
He’s the one who pulls the strings from the centre, dictating play, providing killer passes and scoring a few himself.
Click through to vote from a list of top candidates that have been calling the shots this season.