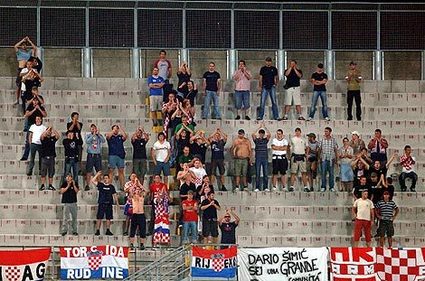 A Swiss TV station has apologised for running the words of the Nazi version of Germany’s national anthem as subtitles to the current German anthem before their Euro 2008 group match against Austria.
Both the Nazi version and the modern version come from the same song, Das Deutschlandlied.
“It is an inexcusable error,” said an employee in charge of the subtitling service for the station, SRG, adding that it was the fault of two young editors (nice scapegoating there bud).