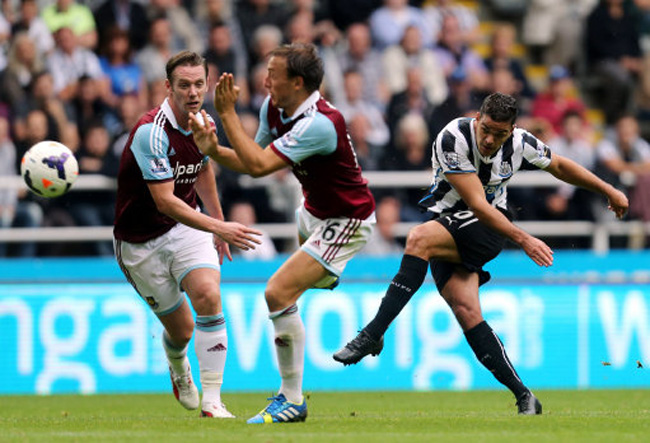 St. James’ Park played host to a goalless draw which had its fair share of goalmouth incident and saw Alan Pardew’s Magpies pick up their first point of the season.

West Ham defender Winston Reid almost put through his own goal in the first period while after the break the New Zealand centre-half had a couple of chance to put the Hammers ahead himself while Joe Cole also saw an effort fizz just wide.

Newcastle’s main man was Hatem Ben Arfa who was a constant thorn in the side of the Hammers, while Yoan Gouffran came might close late on. However, ultimately neither side could break the deadlock.