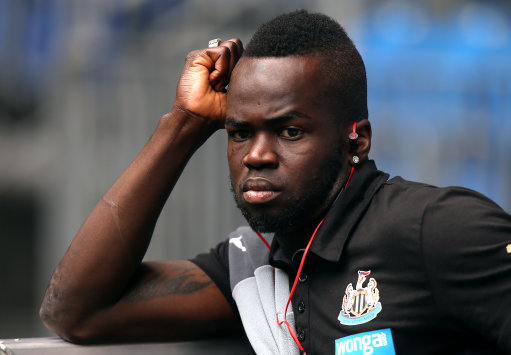 The bare-faced Cheick of it!

We’re not entirely certain if the two revelations are linked, but Newcastle have furnished midfielder Cheick Tiote with a new £45,000-a-week contract today – the very same day that the Ivory Coast midfielder is rumoured to have incurred the wrath off his mistress by secretly marrying his second wife.

Yep, let that sink in for a second.

The Sun are reporting that Tiote wed Laeticia Doukrou in a traditional ceremony in the Ivory Coast earlier this month despite already being married to his 25-year-old wife Madah – with whom he lives (along with their two children) in their family home near Newcastle.

This second marriage has reportedly infuriated Tiote’s mistress, Nikki Mpofu (with whom he has one child) with the 33-year-old from Zimbabwe duly calling time on their three-year affair.

Tiote’s agent Jean Musampa has since confirmed the midfielder’s second marriage to the Newcastle Evening Chronicle.

“I can say that he did get married and that it is his second marriage,” said Musampa.

“This is nothing unusual. He is a Muslim.”

According to our research, the practice of polygamy has been illegal by law in the Ivory Coast since 1964 but is still prevalent in many Muslim communities. So there.