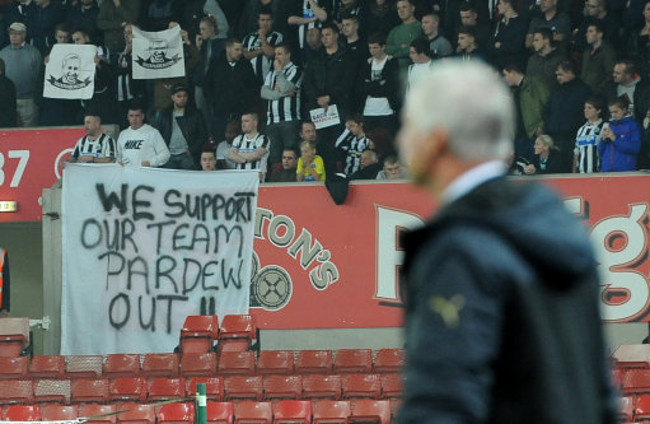 This defeat for Newcastle at Britannia may well prove to be a turning point in the career of Alan Pardew, with the already-under-pressure Magpies’ boss set for a meeting with club owner Mike Ashley.

Stoke went ahead after just 14 minutes when Peter Crouch rose to head home a Victor Moses centre and the Potters had chances to go further in a game where they were the better side for long periods.

Late on Jack Colback did hit the frame of the goal for the Magpies but in the end, the boos rang out once again from the travelling supporters.

With three three points from his first six games of the new season, Pardew’s time with the Toon could well be coming to an end.