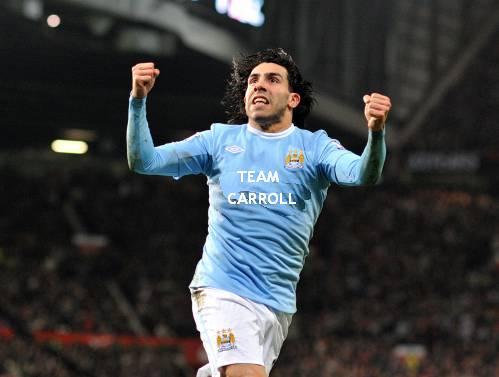 Carlos has nailed his colours to the mast

Following Andy Carroll and Steven Taylor‘s training ground ‘altercation’ that saw both players hospitalised after the latter broke the former’s hand with a magnificently placed jaw-shot, media reports are now starting to surface as to the real reason behind the spat.

It has been alleged by The Metro that a series of ‘racy texts’ sent by Carroll’s former girlfriend to Taylor sparked a huge row between the pair which ended eventually in a good old-fashioned dust up.

I can’t help but feel that these B-list WAGs don’t half make the rounds.