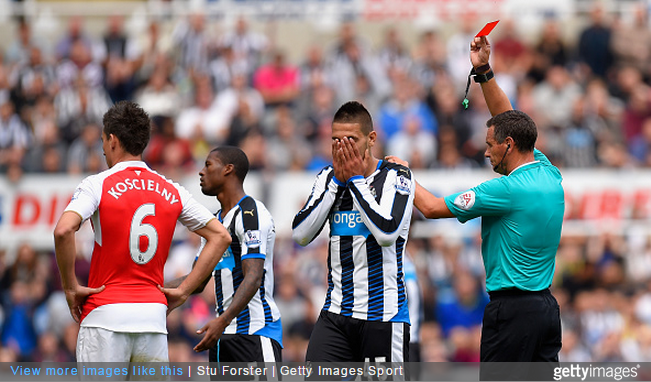 Having managed to collect two yellow cards and a red in the space of his first four Premier League appearances for the club, Newcastle’s official Twitter made tongue-in-cheek reference to the £13million Serb’s already impressive disciplinary rap-sheet…

More cards than the store room at Caesar’s Palace, that boy.