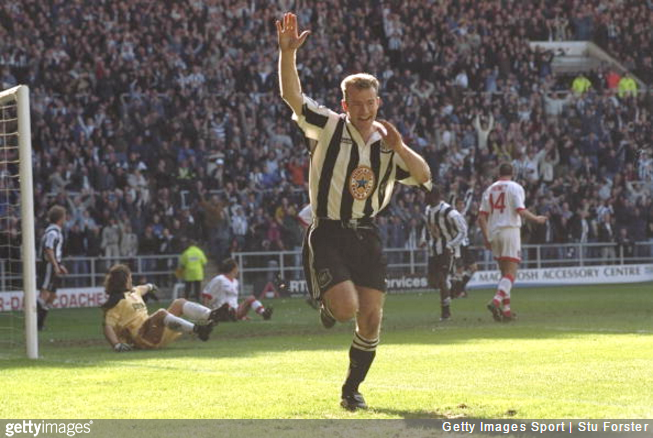 Almost a decade since it was first commissioned by former Newcastle chairman Freddy Shepherd, the club have finally got round to unveiling a statue of Alan Shearer outside St James’ Park.

The five-metre bronze figure apparently cost £250,000 when it was first ordered in 2007, with Shepherd paying for the whole thing outright.

The project was then moth-balled by Mike Ashley, with the beloved Toon owner reportedly playing no part in reinstating it.

Anyway, as of Monday afternoon, Shearer’s massive metal head is now in situ… 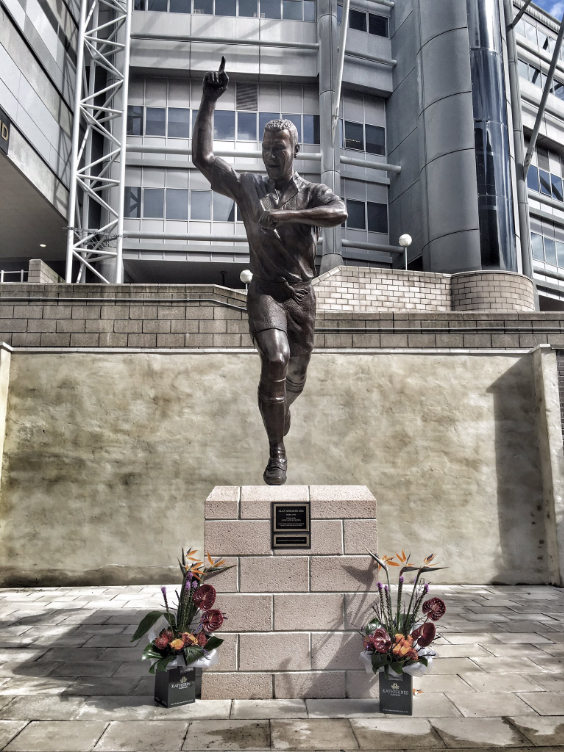 Not the worst likeness we’ve ever seen, even if it does look a bit like Dale Winton.

The statue was unveiled by Shepherd, along with Newcastle legends Kevin Keegan, Terry McDermott and Bobby Moncur, with Shearer himself in attendance to witness the plastic sheeting being pulled off.

He certainly seemed to be appreciative…

Honoured to have my statue unveiled today in Newcastle. Thanks to everyone for their support during my career. pic.twitter.com/q3iMKc8qPV

A fitting tribute to the club’s greatest ever striker, though we can’t help but wonder how and/or why they couldn’t get his trademark celebration right.