Newcastle are fools to stand by Barton 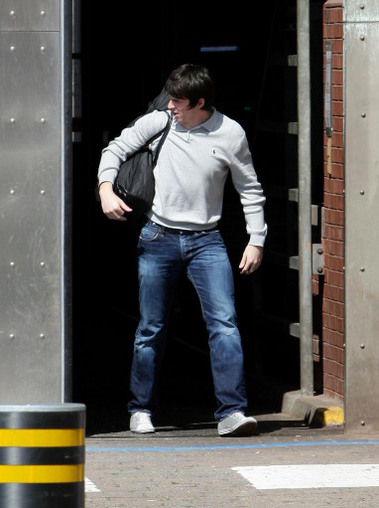 Joey Barton is a dick, a yob, a violent criminal, a nasty piece of work…Â whatever, he’s the sort of Neanderthal you look to avoid on a Friday night out, because you know he has a short fuse.
Kevin Keegan has given him a second chance, but how many second chances can one man have in life? Newcastle United are not only cowards, they’re self-serving cowards; if Barton was only a squad player, and not a potentially vital first-team star, the club would surely sack him. But they are hanging on to him, because he can play a bit – that’s like John Leslie keeping his Blue Peter job because he’s good at making stuff out of cereal packets.

It makes me sick to hear Kevin Keegan come out with garbage like: “The Joey Barton that we had in the last couple of months of the season was a much-changed character.”
Really, REALLY? He might mellow a bit as he gets older, but with his record, it’s amazing that he is still a Premier League player.
Lest we forget, this is a man who has:
â€¢ Stubbed out a cigar in the eye of a team-mate
â€¢ Assaulted a 15-year-old Everton fan on a pre-season tour
â€¢ Beaten up a team-mate in training
â€¢ Been arrested on suspicion of assault and criminal damage after an alleged argument with a taxi driver
â€¢ Broke a pedestrian’s leg while driving through Liverpool city centre
â€¢ Been sent to prison for six months for assault
And that’s all in the last few years. Seriously, has he not had enough second chances already? What message does it send out to young players – it’s okay lads, in football if you’re good enough, there are no consequences…
What do you think?